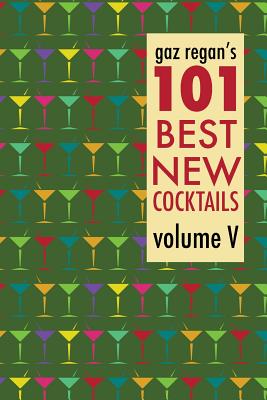 By Gary Regan
$32.33
NOT on our shelves now. Usually ships from warehouse in several days.
(This book cannot be returned nor exchanged.)

gaz regan knows his bartenders and their drinks. In this, the fifth and final edition of hhis popular series, he's picked the 101 formulas that he deemed to be the very best of the best new cocktails found this past year. Each time and in every volume, gaz has captured the ever-changing styles and tastes found not only in well-known drinking havens such as USA, Canada, the United Kingdom, and Australia. He's also tracked emerging cocktail cultures in places like Norway, Hong Kong, Romania, the Philippines, Greece, Slovakia, Japan, Italy, Belgium, France, Germany, Denmark, Panama, and Bahrain. gaz regan's 101 Best New Cocktails, Volume V salutes bartenders and the drinks they make in this enduring legacy, presenting the current pulse of what the world's bartenders are crafting for their growing global audiences of admirers.