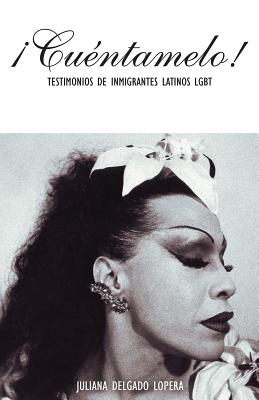 By Juliana Delgado Lopera (Editor)
$17.95
ON HAND in at least ONE of our stores. Click through or call for up-to-the-minute availability.

Literary Nonfiction. Latinx Studies. Women's Studies. LGBTQIA Studies. Published in a bilingual English and Spanish edition. Winner of the 2018 Lambda Literary Award for Best LGBTQ Anthology. CU NTAMELO began as a cover story for SF Weekly, and, eventually in 2014 with local grant support, Lopera was able to self publish. The first edition of 300 books sold out within a week. This year, we're pleased to bring this title back into circulation. In addition to beautiful black and white drawings of the contributors by artist Laura Cer n Melo, this edition will feature a number of candid earlier photographs of several of the contributors, as well as a new introduction from Juliana CU NTAMELO is a] stunning collection of bilingual oral histories and illustrations by LGBT Latinx immigrants who arrived in the U.S. during the 80s and 90s. Stories of repression in underground Havana in the 60s; coming out trans in Catholic Puerto Rico in the 80s; Scarface, female impersonators, Miami and the 'boat people'; San Francisco's underground Latinx scene during the 90s and more. Full of humor and heart--the oral histories collected here speak of exilio and gentrification, bad tricks and forever friendships, hoped for memories and forgotten utopias. This is queer latinidad in all of her salty glory, spilling tales wrapped in glitter and grime, urgent stories that capture your spirit and don't let go. This book is a must-read for anyone interested in real-world accounts of the quotidian cruelties and unexpected pleasures of immigrant latinx queers remaking community, sex, politics, culture, and themselves.--Juana Mar a Rodr guez.