The Art of Piano Playing (Paperback) 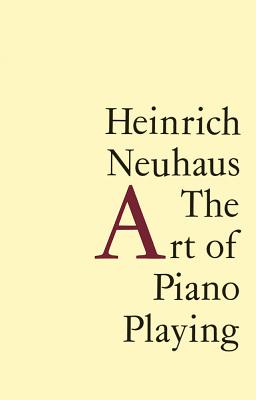 Heinrich Neuhaus was born in 1888 in Elisavetgrad in central Ukraine (now Kirovograd) into a family of musicians. His mother, Olga Blumenfeld, was sister of Felix Blumenfeld, a distinguished pianist, conductor and teacher. Horovitz was one of his most famous pupils. Through his maternal grandmother he was related to Karol Szymanowski who became a lifelong friend. Heinrich Neuhaus was, strictly speaking, self-taught, and the main formative influence on his musical development came from Felix Blumenfeld. He made his first public appearance at the age of eleven, playing some Chopin Waltzes and an Impromptu. In 1902 he accompanied Misha Elman in a recital in Elisavetgrad. His first solo recitals took place in Germany and Italy while studying under Godowsky, in Berlin and Vienna. He returned to Russia at the outbreak of the First World War. In 1922 he began teaching at the Moscow Conservatoire and helped to create in 1932 the famous Moscow Central Music School for specially gifted children. From 1934 to 1937 he was Director of the Moscow Conservatoire, a post he relinquished so as to be able to devote himself entirely to teaching. Amongst his pupils were Radu Lupu, Emil Gilels and Sviatoslav Richter who called him and artist of unique genius, a great teacher and friend. Seldom have artistic gifts been so closely matched by the qualities of selfless devotion, deep humanity, true culture and a great capacity for bestowing and winning friendship. He died on 10th October 1964. This book bears witness to his achievements as a man, musician and teacher.