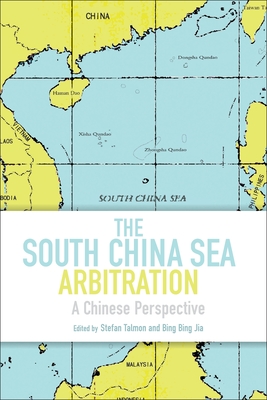 By Stefan Talmon (Editor), Bing Bing Jia (Editor)
$82.35
NOT on our shelves now. Usually ships from warehouse in several days.
(This book cannot be returned nor exchanged.)

On 22 January 2013, the Republic of the Philippines instituted arbitral proceedings against the People's Republic of China (PRC) under the United Nations Convention on the Law of the Sea (UNCLOS) with regard to disputes between the two countries in the South China Sea (South China Sea Arbitration). On 19 February 2013, the PRC formally expressed its opposition to the institution of proceedings, making it clear from the outset that it will not have any part in these arbitral proceedings and that this position will not change. It is thus to be expected that over the next year and a half, the Tribunal will receive written memorials and hear oral submissions from the Philippines only. The Chinese position will go unheard. However, the Tribunal is under an obligation, before making its award, to satisfy itself not only that it has jurisdiction over the dispute, but also that the claims brought by the Philippines are well founded in fact and law (UNCLOS Annex VII, Article 9).This book aims to offer a (not the) Chinese perspective on some of the issues to be decided by the Tribunal and thus to assist the Tribunal in meeting its obligations under the Convention. The book does not set out the official position of the Chinese government, but is rather to serve as a kind of amicus curiae brief advancing possible legal arguments on behalf of the absent respondent. The book does not deal with the merits of the disputes between the Philippines and the PRC, but focuses on the questions of jurisdiction, admissibility and other objections which the tribunal will have to decide as a preliminary matter. The book will show that there are insurmountable preliminary objections to the Tribunal deciding the case on the merits and that the Tribunal would be well advised to refer the dispute back to the parties in order for them to reach a negotiated settlement.The book brings together scholars of public international law from mainland China, Taiwan and Europe united by a common interest in the law of the sea and disputes in the South China Sea.