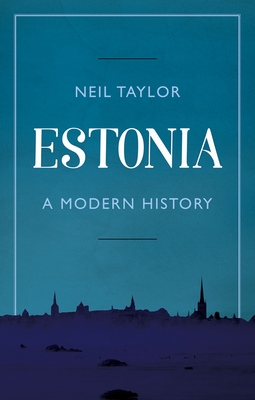 With only 1.3 million inhabitants, Estonia is one of Europe's least populous nations--yet it boasts one of the continent's fastest growing economies. In the first serious English-language history of this small Baltic state, Neil Taylor charts Estonia's long, arduous journey to its present-day prosperity, through a thousand years of occupation by Danes, Swedes, Germans and Russians. In the wake of the First World War, out of the heat of a national awakening and the collapse of the Russian and German empires, Estonia was recognized as an independent nation in 1920. This was not to last--the country was tossed between the Soviets and Nazis during the Second World War, then fully integrated into the USSR, bringing on more than half a century of renewed occupation and misery. But hopes of true independence never dimmed and, in 1991, the Republic of Estonia was restored. This unflinching history includes charming moments of color and levity, from ambassadorial reports on nude bathing and a presidential press conference deliberately held beside a dirty toilet, to the story of a blind pianist, the first foreigner allowed to visit the city of Tartu in the Soviet era.

Neil Taylor has spent most of his life in the travel business and pioneered tourism to Estonia in 1992. His Bradt Travel Guide to Estonia, now in its seventh edition, remains the definitive guidebook to the country. He divides his time between London and Tallinn