Archaeologies of the Future: The Desire Called Utopia and Other Science Fictions (Paperback) 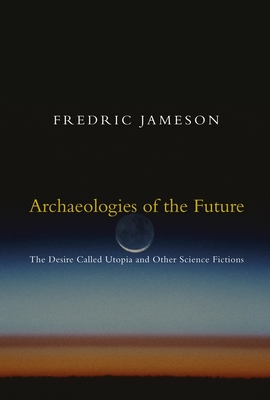 In an age of globalization characterized by the dizzying technologies of the First World, and the social disintegration of the Third, is the concept of utopia still meaningful? Archaeologies of the Future, Jameson’s most substantial work since Postmodernism, Or, the Cultural Logic of Late Capitalism, investigates the development of this form since Thomas More, and interrogates the functions of utopian thinking in a post-Communist age. The relationship between utopia and science fiction is explored through the representations of otherness … alien life and alien worlds … and a study of the works of Philip K. Dick, Ursula LeGuin, William Gibson, Brian Aldiss, Kim Stanley Robinson and more. Jameson’s essential essays, including “The Desire Called Utopia,” conclude with an examination of the opposing positions on utopia and an assessment of its political value today.

Fredric Jameson is Distinguished Professor of Comparative Literature at Duke University. The author of numerous books, he has over the last three decades developed a richly nuanced vision of Western culture’s relation to political economy. He was a recipient of the 2008 Holberg International Memorial Prize. He is the author of many books, including Postmodernism, Or, The Cultural Logic of Late Capitalism, The Cultural Turn, A Singular Modernity, The Modernist Papers, Archaeologies of the Future, Brecht and Method, Ideologies of Theory, Valences of the Dialectic, The Hegel Variations and Representing Capital.

“Archaeologies of the Future is certainly among the most stunning studies of science fiction ever produced ... a vast treasure trove of a book, crammed with brilliant apercus ... Jameson is one of the world’s most eminent cultural theorists, but he is also a peerless literary critic in the classical sense of the term.”—Terry Eagleton, London Review of Books

“Jameson’s skill in connecting diverse materials and theories, the suggestiveness of many of his insights and his passionate conviction make this an exciting book.”—Times Literary Supplement