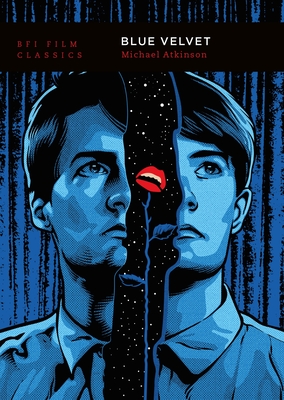 For many, Blue Velvet is David Lynch's masterpiece. It represents a unique act of cinema: an 80s Hollywood studio film as radical, visionary and cabalistic as anything found in the avant-garde; a mysteriously symbolic and subterranean 'cult' movie that nevertheless has recognisable stars and was broadly distributed; a genre piece with the ambience of a fearsome, hyper-composed nightmare; an American 'art film' by Hollywood's only reputable 'art film' director.

Michael Atkinson's intricate and layered reading of the film shows how crystallises many of Lynch's chief preoccupations: the evil and violence underlying the surface of suburbia, the seedy by-ways of sexuality, the frightening appearance of the adult world to a child's eyes, presenting it as the definitive expression of the traumatized innocence which characterizes Lynch's work. In his afterword to this new edition, Atkinson situates Blue Velvet within a culture that has changed drastically in the 35 years since its release, and in doing so, he considers the film's lasting significance as it slowly turns from contemporary phenomenon to an interpretable artifact.

Michael Atkinson is Adjunct Professor of Film at Long Island University, USA. He has written widely on film and culture, in publications including Sight & Sound, The Village Voice, The Guardian, Film Comment, The Criterion Collection, Rolling Stone, and Spin. His books include Ghosts in the Machine: Speculations on the Dark Heart of Pop Cinema (2004), Exile Cinema: Filmmakes at Work Beyond Hollywood (2009) and the novel Hemingway Cutthroat (2010)