I Am Somebody: Why Jesse Jackson Matters (Hardcover) 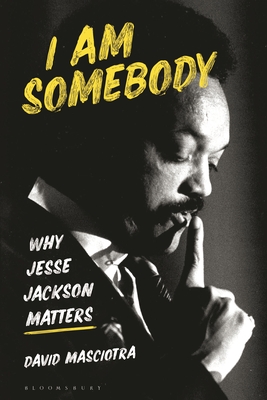 By David Masciotra
$27.00
ON HAND in at least ONE of our stores. Click through or call for up-to-the-minute availability.

There are few figures and leaders of recent American history of greater social and political consequence than Jesse Jackson, and few more relevant for America's current political climate. In the 1960s, Jackson served as a close aide to Dr. Martin Luther King, meeting him on the notorious march to legitimate the American democratic system in Selma. He was there on the day of King's assassination, and continued his political legacy, inspiring a generation of black and Latino politicians and activists, founding the Rainbow/PUSH Coalition, and helping to make the Democratic Party more multicultural and progressive with his historic runs for the presidency in the 1980s.

In I Am Somebody, David Masciotra argues that Jackson's legacy must be rehabilitated in the history of American politics. Masciotra has had personal access to Jackson for several years, conducting over 100 interviews with the man himself, as well as interviews with a wide variety of elected officials and activists who Jackson has inspired and influenced. It also takes readers inside Jackson's negotiations for the release of hostages and political prisoners in Cuba, Iraq, and several other countries. As Democratic politics sees a return to radicalism and the rise of a new generation of committed advocates of racial and economic justice, I Am Somebody: Why Jesse Jackson Matters is a critical book for understanding where America in the 21st Century has come from and where it is going. Featuring a foreword by Michael Eric Dyson.

David Masciotra is a cultural critic, political commentator, and public lecturer. He is the author of Mellencamp: American Troubadour and Working On a Dream: The Progressive Political Vision of Bruce Springsteen. He writes regularly for Salon and AlterNet. He has also written for the Washington Post, Atlantic, and Los Angeles Review of Books.