A Brotherhood of Strangers: A Fictional Memoir (Paperback) 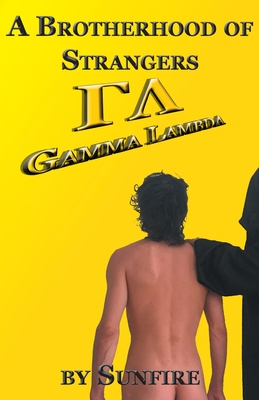 It's 1954. Marshal Swift has enrolled in a small college in southwestern Ohio. He pledges his brother's fraternity, founded by two men who knew they were outcasts in society-and, from that status, built a brotherhood that embraces gay, bi- and straight men. Six decades later Marshal writes this memoir. It details how bonds were formed between him and his pledge brothers, the actives, and the alumni. It covers his freshman year as a pledge, the following summer as a houseboy on Fire Island, and his sophomore year, when his chapter extends their brotherhood to include black men. Marshal has no inhibitions about describing his relationships and interactions with his fraternity brothers in explicit, steamy language. Likewise he vividly relates his erotic experiences on Fire Island and shows us both his joys and his fears, as he learns to navigate a world where most gay men expected that they would be closeted for the rest of their lives.