Tibet: A History Between Dream and Nation-State (Hardcover) 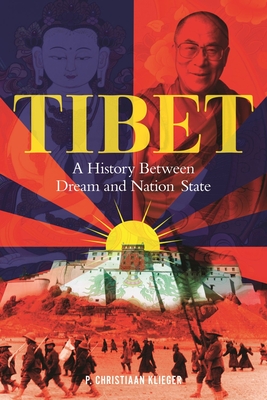 The history of Tibet has long intrigued the world, and so has the dilemma of its future—will it ever return to independence or will it always remain part of China? How will the succession of the aging and revered Dalai Lama affect Tibet and the world? This book makes the case for a fully Tibetan independent state for much of its 2,500-year existence, but its story is a complex one. A great empire from the seventh to ninth centuries, in 1249, Tibet was incorporated as a territory of the Mongol Empire—which annexed China itself in 1279. Tibet reclaimed its independence from China in 1368, and although the Manchus later exerted their direct influence in Tibetan affairs, by 1840 Tibet began to resume its independent course until communist China invaded in 1950. And since that time, Tibetan nationalism has been maintained primarily by over 100,000 refugees living abroad. This book is a valuable, fascinating account of a region with a rich history, but an uncertain future.

P. Christiaan Klieger (1951–2019) was an anthropologist specializing in Tibet and Native Hawaiian culture. He is the author of several books on the history of Tibet and the Hawaiian kingdom, including The State of Tibet: A History of a Central Asian Polity and Kamehameha III.

"Klieger’s Tibet is a complex, storied survey of the mountainous homeland of the Dalai Lama. . . . With the epic sweep of a historical saga, Tibet chronicles . . . centuries of invasions, geopolitical intrigues, assassinations, triumphs, and defeats. . . . Engrossing, detailed, and enhanced by beautiful thangka paintings, photographs, and antique maps, Tibet reveals the glories and trials of a beleaguered yet enduring land."
— Foreword Reviews (starred review)

“Making the case that for 2,500 years Tibet was a mostly independent state, Klieger traces the territory’s history and considers its future. He asks whether it will achieve independence from China—which invaded in 1950—and what the impact of the Dalai Lama’s succession will be.”
— Survival

"This engaging history of Tibet by Klieger, an anthropologist who specialized in Tibet studies from the 1980s until his death in 2019, covers earliest times to the present. . . . Klieger uses a broad range of both academic and nonacademic sources to support the text, which is handsomely illustrated with ancient maps, lovely thangka paintings, and photographs."
— Choice

“At a time when China is a rising geopolitical power and the international attention on Tibet experiences a decline, Klieger provides a crucial analysis of different and often contesting narratives on the past, present, and possible futures of China-Tibet relations.”
— Dibyesh Anand, professor of international relations and head of the School of Social Sciences, University of Westminster