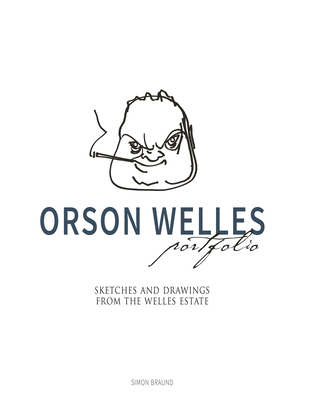 By Simon Braund
$50.00
ON HAND in at least ONE of our stores. Click through or call for up-to-the-minute availability.

A lavish hardback containing Orson Welles' Portfolio, much of which has never been seen before.

Orson Welles, famous as an accomplished actor, writer, producer and visionary director, had originally aspired to become a musician or artist. Having studied at the Art Institute of Chicago for one summer, he continued to draw and paint throughout his life. The majority of his artwork, including costume and set designs and caricatures, has been unavailable to the public. Until now.

Braund edited the book The Greatest Movies You'll Never See and writes on cinema for Empire magazine, The Sunday Times, Q Magazine, The Observer, and Time Out.

“an essential read for Welles fans...Welles was a fascinating man for various reasons, and more than anything, this book highlights just how one-of-a-kind and unique he truly was” - Film School Rejects