The Secret Teachings of All Ages: an encyclopedic outline of Masonic, Hermetic, Qabbalistic and Rosicrucian Symbolical Philosophy - being an interpret (Hardcover) 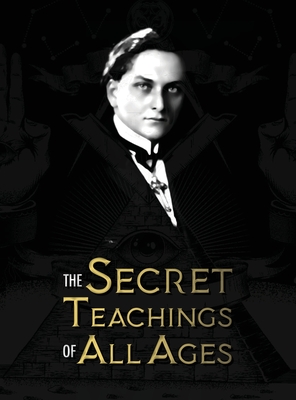 By Manly Palmer Hall
$43.08
NOT on our shelves now. Usually ships from warehouse in several days.
(This book cannot be returned nor exchanged.)

Like no other book, Manly P. Hall's legendary The Secret Teachings of All Ages is a codex to the esoteric traditions and ancient occult. Students of arcane practices, hidden wisdom and ancient symbols treasure Hall's magnum opus above all other works.

Through his meticulous exploration of occult schools through the ages, the author highlights the common esoteric philosophy that has been handed down from civilization to civilization since antiquity. As Hall explores secret societies from past to present, ancient symbols suddenly make sense, folk legends take on a new dimension, and historical mysteries begin to reveal their secrets.

In this monumental work, Hall covers topics such as Alchemy, Cryptology, Freemasonry, Gemology, Kabbalah, Mystic Christianity, Nicholas Flammel, Pythagorean Philosophy, Rosicrucianism and other Secret Societies, Tarot, the Hiramic legend, the pyramids, the Qabbalah, the Tree of the Sephiroth, the Zodiac, the identity of William Shakespeare, the teachings of Thoth Hermes Trismegistus, among others.

It was apparent that materialism was in complete control of the economic structure, the final objective of which was for the individual to become part of a system providing an economic security at the expense of the human soul, mind, and body. - Manly P. Hall, The Secret Teachings of All Ages

Publisher's note for the printed edition: in order to be more enjoyable during reading, this book is in 8.5" x 11" format. In the same spirit, the paper is cream-colored, which causes less fatigue to the eyes than white paper. All our publications are carefully crafted, both in terms of typography as well as design.

Publisher's note for the Kindle edition: our Kindle publications are carefully crafted, with Table of Contents, Index, Footnotes and References when applicable. A strong emphasis has been put on the typography as well as the design.

Your comments are welcome at discoverypublisher.com - Thank you for choosing Discovery Publisher.