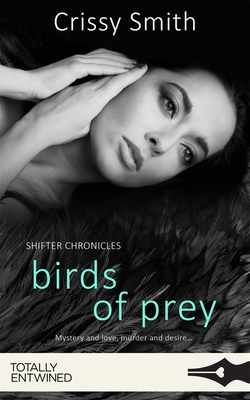 Cody Johnson has returned to his hometown as the division leader of the Birds of Prey for the Shifter Coalition. After the local cast leader is killed, Cody finds himself deeply involved in an investigation he can’t find any reason for. To make things worse, he runs into Aubrey Reynolds, the woman he left behind once before, and never got over. The longer the investigation continues, the more Cody struggles to separate his professional and private life. But Aubrey refuses to stay out of his case and his thoughts. Aubrey has lost her Cast leader—her uncle—and has just seen the man who broke her heart. Feeling her world shattering around her, she tries to gain control of anything she can. As a security expert, she is determined to find out who is responsible for Gregory’s death and make them pay. If her inquiries put her directly in Cody’s path and piss him off, well, that’s something he’ll have to deal with. She’s shocked by how he handles it and unsure how she ends up back in his arms. With a murderer running around taking out bird shifters, Cody must solve his case fast, especially once he realizes that Aubrey may be next on the killer’s list. Now that he finds he is still in love with her, he won’t let her go again.

Crissy Smith is the author of The Shifter Chronicles and The Were Chronicles. She lives in Odessa, Texas.