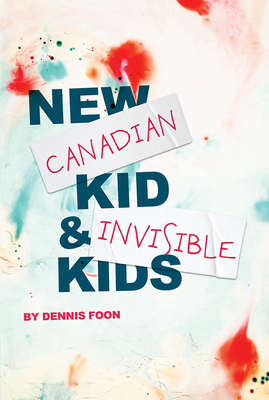 In New Canadian Kid, Nick has just moved to Canada from a country called Homeland, where he is forced to grapple with his fears of a new culture and language and cope with classmates who taunt him for being different. After a series of confrontations, Nick, his family, and his peers start to learn how to accept one another and find a comfortable middle ground.

In Invisible Kids, a group of children from a variety of backgrounds discover playground politics. The class is overjoyed when the new kid, Ranim, a Syrian refugee, wins a science-fair contest which grants everyone a trip to an amusement park in the US. But when they find out Ranim is not allowed to cross the border, they have to put aside their already developed discouragement and make their voices heard.

Dennis Foon was the co-founder of Vancouver's Green Thumb Theatre and served as Artistic Director for twelve years, where he began writing a body of groundbreaking plays for which he has received the British Theatre Award, two Chalmers Awards, and the Jesse Richardson Career Achievement Award. He has received a Gemini Award, two Writers Guild of Canada Awards, and four Leo Awards for his screenplays, which include Little Criminals, White Lies, Torso, Shine of Rainbows, and On The Farm. His latest feature film, Indian Horse--adapted from the novel by Richard Wagamese--premiered at TIFF in 2017.