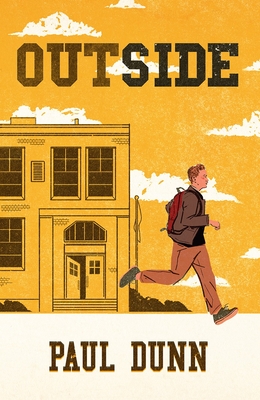 Daniel's ready to talk. And his friends Krystina and Jeremy are ready to help. But is it too late? Set in separate but simultaneous lunch periods at two different high schools, the teenagers are faced with acknowledging what drove them apart. At his new school, Daniel speaks to the Gay-Straight Alliance about the bullying and depression that forced him to move. He looks back fondly at the bond he formed with Krystina and Jeremy in history class and the trauma he faced from anonymous text messages. At his former school, Krystina and Jeremy are setting up for their first GSA meeting while grappling with the guilt of not doing more to help their friend. For the first time, Daniel has an appreciative audience, but his friends face an empty room. The narratives intertwine as Daniel gains more confidence in his queer identity and Krystina and Jeremy try to assess their boundaries as straight people who want to create a safe space. By talking about mistakes, abuse, a suicide attempt, and a move, the teens find comfort in perspective and power in numbers.

Paul Dunn is a playwright based in Stratford, Ontario. His plays have been produced by Theatre Direct (BOYS), the Stratford Festival (High-Gravel-Blind), Studio 180 Theatre (Offensive Shadows--Audience Choice Award, SummerWorks Festival), cart/horse theatre (Dalton and Company), and Roseneath Theatre (Outside--Dora Award Nomination, Outstanding New Play, TYA). He co-authored The Gay Heritage Project, which was produced by Buddies in Bad Times Theatre, toured nationally, and was nominated for a Dora Award for Outstanding New Play. His play Memorial received an honourable mention from the Herman Voaden National Playwriting Competition. He is also an actor and has worked in theatres across the country.