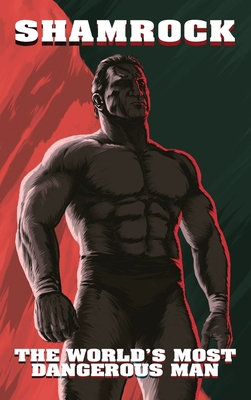 From his fights inside the cage with Hall of Famers Royce Gracie and Dan Severn to his even more fearsome battles outside of it, this book takes an in-depth look at one of the most fascinating men in all of combat sports. In Shamrock: The World's Most Dangerous Man, acclaimed Bleacher Report sportswriter Jonathan Snowden offers a compelling and hard-hitting look at the factors that led to the rise and incredible fall of one of mixed martial arts most enduring icons Ken Shamrock.

Through extensive research and more than 100 interviews, Snowden reveals a complicated man who, even when on top of the sports world, was planting the seeds of his eventual fall. These are the stories behind the headlines, a rare glimpse at what life is really like for a WWE Superstar and UFC Hall of Famer including the drugs, crime and debauchery that almost cost Shamrock everything.

Praise for the work of Jonathan Snowden

"The best book on the real history of MMA that I've seen. . .This book really is so great I couldn't put it down."

"If the history of MMA was taught as a college course, Total MMA would be the official textbook used for the class."
--Sam Caplan, former Bellator matchmaker

"An incredible resource for any fan . . . the book is a treasure trove of MMA stories, people and history."
--Chicago Sun-Times on The MMA Encyclopedia