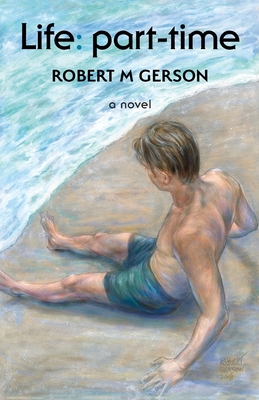 By Robert M. Gerson
$15.95
NOT on our shelves now. Usually ships from warehouse in several days.

Travel to the soothing, sun-soaked beaches and secluded mountain canyons of Santa Barbara, California, in the summer of 1979. Discover the secret energy that powers the creativity of a young author/artist's life and the miraculous romance that reawakens that lost energy.

At the beginning of his career, Nicholas Affini, an author/illustrator, invents a nature-based ecological currency while working on a children's book about plant life. The global potential and power of his plant-based financial ideas overwhelm him. He abandons his entrepreneurial future and spends the next two years consumed by his job as a marketing art director in the gadgets and gifts mail-order catalog business. That one simple choice unleashes a life-disrupting force around him.

A success at his new job, Nicholas ignores all the warning signs that his life is slowly unraveling until he encounters Paige Santrelle, an aspiring songwriter. Their chance meeting unlocks a creative connection nurtured by their shared passion for music and art. As their relationship develops, Paige attracts an enigmatic presence that seems to know everything about Nicholas and his internal struggles. Although initially thrown by the experience, she decides to explore her connection to this mystifying being.

During an endless California summer, Paige finds herself on a quest to reconnect Nicholas to his original gifts and life purpose, critical to his survival and future.

Life: part-time is a magical realism fable of loss, love, and rediscovering the personal courage required to live a meaningful life, supported by friendships, nature, and the invisible connections that inspire creativity.

What if you had a once-in-a-lifetime idea that could help people live a meaningful, productive life, but did nothing with your idea? What if you ignored your destiny?