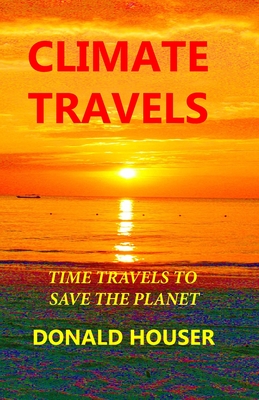 Arthur, a young prodigy physicist at the University of California at Berkeley in 2045 when climate warming has increased the global meaan temperature passed 2 degrees C, is hoping to produce an Einstein-Rosen Bridge, a Wormhole. His team of Violet, Simon, Billy, and Harold are successful in producing the Bridge and sending a proble back in time to 1980 in November 2050. He invites his wife, Rose, a climate scientist, to come to his laboratory to witness the sending of a cat back to 1980 and retreiving it. His success gives him the idea to send himself back to 1990 to meet with the prominent climate scientist Fred Hinson to provide Hinson with information and new technologies in hope of getting Hinson to persuade the US to promote more forcefully the transition to clean energy to stop the warming that threatens life in the future. So begins the climate travels to save the planet.

His first trip upon his return to 2050 only improves climate warming about ten years and the transition to clean energy still is not what is needed. He and his computer scientist, Violet, go back to 2025 when climate warming is much more prominent to try again to get the world to stop producing green house gases. Violet falls in love with Joyce, a renown climate scientist at MIT, and convinces Arthur after their return to 2060, when their efforts only reduce warming again about ten years, to send her back again to 2025 permanently to be with Joyce and together encourage the world to transition to total clean energy. Violet and Joyce hold rallies and concerts all over the world and eventually the world stops the emissions, becomes carbon neutral, and life on planet earth is saved.