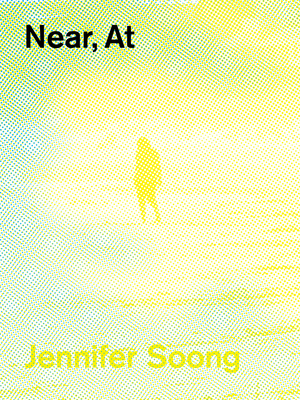 Poetry. Asian & Asian American Studies. Women's Studies. Art. NEAR, AT follows the inherent strangeness of one's consciousness as it observes and comes into contact with the physical world. A sustained exploration of language, capitalism, gender, and nature, NEAR, AT traverses and measures the movement of silence against the movement of thought and its pauses. Divided into five parts, each with its own form, and followed by a series of ongoing love poems called "My Christopher Poems," this debut collection is slow to assume but quick to adjust. Rooted in both the traditional and the experimental, it asks just how little of ourselves we can be. "Jennifer Soong's collection displays her nuanced understanding of how the philosophical-treatise-as-poem can birth an emotional and embodied intelligence, placing her in a line of affinity with contemporary writers such as Lyn Hejinian, Lisa Robertson and Anne Boyer."--Mia You "In these poems 'the mind is a guest, ' though the bodies of reader & writer are never simply at rest, but dance on the rhythms of a language (or, better, languages) that keep teaching us new steps."--Pierre Joris "...uniquely tender: weird, wired records of affection, that daily fever."--Graham Foust "This book demonstrates a physicist's logic, like texting a friend to say you're 'at' your destination, when in actuality you are near, but in actual actuality you will be there, at the agreed-upon place, by the time they reach you."--Monica McClure.