Notes from a Sickbed (Paperback) 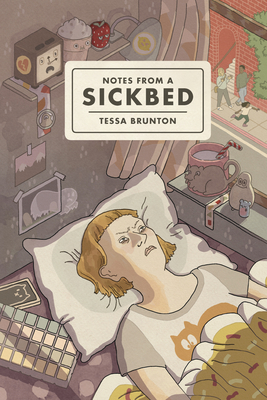 In 2009, Tessa Brunton experienced the first symptoms of myalgic encephalomyelitis (also known as chronic fatigue syndrome). She spent much of the next eight years unwell, in a medical holding pattern, housebound and often alone. In 2017, she found a strategy that helped reduce her symptoms, and soon began creating the first installments of a graphic memoir. Notes from a Sickbed collects previously released and brand-new, unseen comics that recall her experiences with honesty, a pointed wit, and a lively visual imagination.