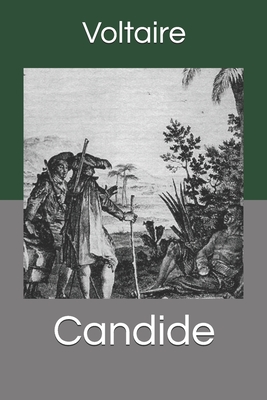 By Voltaire
$18.39
NOT on our shelves now. Usually ships from warehouse in several days.
(This book cannot be returned nor exchanged.)

Political satire doesn't age well, but occasionally a diatribe contains enough art and universal mirth to survive long after its timeliness has passed. Candide is such a book. Penned by that Renaissance man of the Enlightenment, Voltaire, Candide is steeped in the political and philosophical controversies of the 1750s. But for the general reader, the novel's driving principle is clear enough: the idea (endemic in Voltaire's day) that we live in the best of all possible worlds, and apparent folly, misery and strife are actually harbingers of a greater good we cannot perceive, is hogwash. Telling the tale of the good-natured but star-crossed Candide (think Mr. Magoo armed with deadly force), as he travels the world struggling to be reunited with his love, Lady Cunegonde, the novel smashes such ill-conceived optimism to splinters. Candide's tutor, Dr. Pangloss, is steadfast in his philosophical good cheer, in the face of more and more fantastic misfortune; Candide's other companions always supply good sense in the nick of time. Still, as he demolishes optimism, Voltaire pays tribute to human resilience, and in doing so gives the book a pleasant indomitability common to farce. Says one character, a princess turned one-buttocked hag by unkind Fate: "I have wanted to kill myself a hundred times, but somehow I am still in love with life. This ridiculous weakness is perhaps one of our most melancholy propensities; for is there anything more stupid than to be eager to go on carrying a burden which one would gladly throw away, to loathe one's very being and yet to hold it fast, to fondle the snake that devours us until it has eaten our hearts away?