The Doll: A Portrait of My Mother (Paperback) 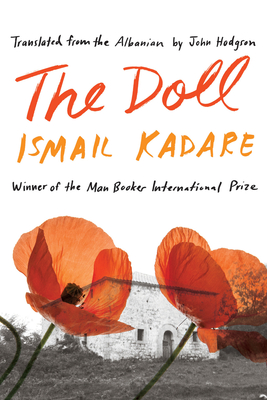 In this autobiographical novel, Albania’s most renowned novelist and poet Ismail Kadare explores his relationship with his mother in a delicately wrought tale of home, family, creative aspirations, and personal and political freedom.

“Houses like ours seemed constructed with the specific purpose of preserving coldness and misunderstanding for as long as possible.”

In his father’s great stone house with hidden rooms and even a dungeon, Ismail grows up with his mother at the center of his universe. Fragile as a paper doll, she finds herself at odds with her tight–lipped and wise mother–in–law who, as is the custom for women of a certain age, will never again step foot over the threshold to leave her home. Young Ismail finds it difficult to understand his mother’s tears, though he can understand her boredom. She told him the reason herself in a phrase that terrified and obsessed the boy: “The house is eating me up!”

As Ismail explores his world, his mother becomes fearful of her intellectual son—he uses words she does not understand, writes radical poetry, falls in love far too easily, and seems to renounce everything she believes in. He will, she fears, have to exchange her for some other superior mother when he becomes a famous writer.

The Doll is a delicate and disarming autobiographical novel, an exploration of Kadare’s creative aspirations and their tangled connections to his childhood home and his mother’s tenuous place within it.

John Hodgson studied at Cambridge and Newcastle and has taught at the universities of Prishtina and Tirana. This is the sixth book by Ismail Kadare that he has translated.

"The latest work from the 2020 Neustadt Prize honoree shows how the limits imposed by Albania’s traditional class and gender rules and repressive governments affect the Kadare family. The doll its apparent subject, this slim, semi-autobiographical novel highlights the artist’s fraught bonds with his mother and his country. But on a deeper level, it becomes a matryoshka doll containing Kadare’s mother, grandmother, motherland, and 'mother' as trope—all riddles that the 'I' narrator, Kadare’s persona, attempts to resolve, an effort that propels his artistic growth." —Michele Levy, World Literature Today

"Kadare’s writing is spare and filled with interesting turns of phrase and observations . . . This quiet study of a difficult relationship reveals his personal life to any fan of Kadare. For those unfamiliar with his work, this serves as an intriguing introduction to an important writer." —G.J. Berger, Historical Novels Review

"Kadare’s wistful, introspective family portrait (after A Girl in Exile) combines fiction and memoir as he recollects his childhood in Gjirokastra, Albania, and early writing career in Tirana while imagining his mother’s early life . . . Kadare’s rich portrayal of his mother dovetails neatly with that of communist Albania, full of conflicts and incongruities. Kadare’s fans will relish this slim, enigmatic snapshot of the author’s origins." —Publishers Weekly

"Intimately explores the ways his mother influenced both his personality and art . . . A slight, slippery, mordant elegy for an emotionally distant mother." —Kirkus Reviews

"Kadare is inevitably linked to Orwell and Kundera, but he is a far deeper ironist than the first, and a better storyteller than the second. He is a compellingly ironic storyteller because he so brilliantly summons details that explode with symbolic reality." —The New Yorker

"The name of the Albanian novelist Ismail Kadare regularly comes up at Nobel Prize time, and he is still a good bet to win it one of these days . . . He is seemingly incapable of writing a book that fails to be interesting." —The New York Times

"Ismail Kadare is one of Europe's most consistently interesting and powerful contemporary novelists, a writer whose stark, memorable prose imprints itself on the reader's consciousness." —The Los Angeles Times

"A Master storyteller." —John Carey, author of The Unexpected Professor: An Oxford Life

"One of the world's greatest living writers." —Simon Sebag Montefiore, author of One Night in Winter