Only the River (Hardcover) 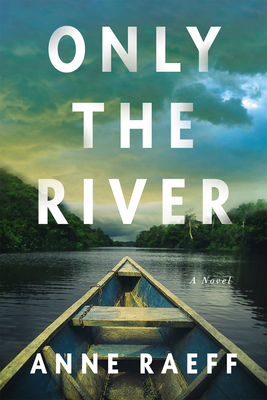 A family displaced by World War II finds a new home in Central America, only to watch their fortunes rise and fall on the back of a revolution--from the California Book Award silver medalist and Simpson Literary Prize finalist.

Fleeing the ravages of wartime Vienna, Pepa and her family find safe harbor in the small town of El Castillo, on the banks of the San Juan River in Nicaragua. There her parents seek to eradicate yellow fever while Pepa falls under the spell of the jungle and the town's eccentric inhabitants. But Pepa's life―including her relationship with local boy Guillermo―comes to a halt when her family abruptly moves to New York, leaving the young girl disoriented and heartbroken.

As the years pass, Pepa's and Guillermo's lives diverge, and Guillermo's homeland slips into chaos. Nicaragua soon becomes engulfed in revolutionary fervor as the Sandinista movement vies for the nation's soul. Guillermo's daughter transforms into an accidental revolutionary. Pepa's son defies his parents' wishes and joins the revolution in Nicaragua, only to disappear into the jungle. It will take decades before the fates of these two families converge again, revealing how love, grief, and passion are intertwined with a nation's destiny.

Spanning generations and several wars, Only the River explores the way displacement both destroys two families and creates new ones, sparking a revolution that changes their lives in the most unexpected ways.