Native Country of the Heart: A Memoir (Compact Disc) 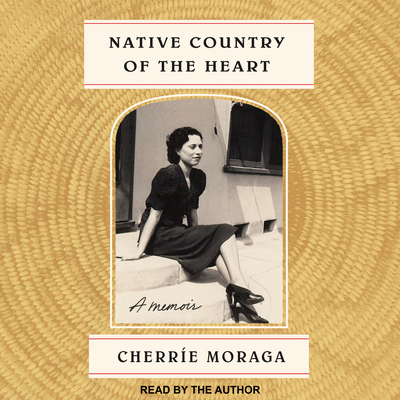 Native Country of the Heart is the writer and activist Cherrie Moraga's love letter to her unlettered mother. It begins with her mother, Elvira Isabel Moraga, who as a child, along with her siblings, was hired out by her own father to pick cotton in California's Imperial Valley. The lives of Cherrie and her mother, and of their people, are woven together in a story of critical reflection and deep personal revelation as Moraga charts her own coming to consciousness alongside the heartbreaking story of her mother's decline. As a young woman, Elvira left California to work as a cigarette girl in glamorous late-1920s Tijuana, where an ambiguous relationship with a wealthy white man taught her life lessons about power, sex, and opportunity. While Moraga reflects on her mother's journey-from impressionable young girl to battle-tested matriarch to, later on, old woman suffering under the yoke of Alzheimer's-she traces her own discovery of her queer body and lesbian identity, as well as her passion for activism and the history of her pueblo. As her mother's memory fails, Moraga unearths shards of what it means to be Mexican in the United States, of her diaspora's Indigenous origins, and of an American story of cultural loss.