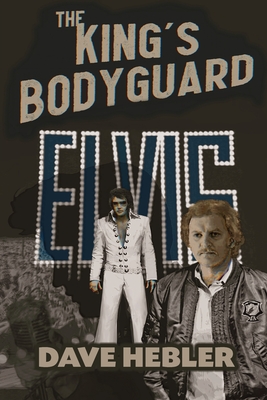 Dave Hebler, a surviving member of the Memphis Mafia, was Elvis' Kenpo Karate instructor and personal bodyguard on tour, on the road and at home from 1972-1976. This book illustrates how Elvis used many moves he learned from Hebler on stage to drive fans wild. It also contains new information about how martial arts informed Elvis Presley's life.

"Dave Hebler's The King's Bodyguard will serve as an inspiration to many martial arts fans and aspiring fighters for his tenacity and loyalty, and as a standup Kenpo Karate pioneer. He earned the right to defend the King of Rock 'n Roll."

"Elvis could not have made a better choice of people to guard him against harm. Dave Hebler lives by the code of the Bushido, the ancient Japanese set of ethics for samurai warriors, although our Art doesn't require it. He's as loyal as a Pitbull and twice as fierce under fire. The King was always in good hands when Dave Hebler was on the job."

"Dave Hebler's The King's Bodyguard brings me all the way back to the golden days of martial arts and Kenpo karate. Dave's account is authentic and stirring."

DAVE HEBLER is the author of The Elvis Experience (2018) and three other books: Solutions, Making it out Alive, and How to Survive Encounters of the Worst Kind. He is also co-author of Elvis What Happened? He lives in Wichita Falls, Texas.