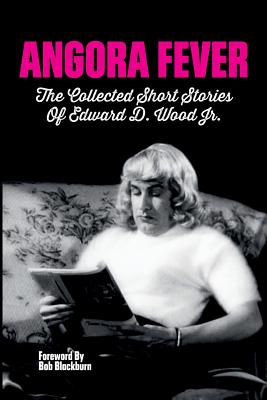 Edward D. Wood, Jr. was a name forgotten in the history of Hollywood until the release of the 1994 Tim Burton biopic, Ed Wood, starring Johnny Depp as Ed, and Martin Landau as the horror icon Bela Lugosi, a role for which Landau received the Academy Award.

Barely skimping by on his movie earnings, Ed turned to writing a series of lurid paperbacks with such titles as "Black Lace Drag", "Let Me Die In Drag" and "Devil Girls". His professional decline continued when he worked for a skin magazine publisher in the late 60's, churning out copy and short fiction in prodigious amounts, an amazing accomplishment considering that by this point Ed Wood had become a serious alcoholic.

Edited and with a foreword by Bob Blackburn, a close friend of Ed's widow Kathy, these later stories penned by Ed Wood have finally been collected in this exclusive volume.