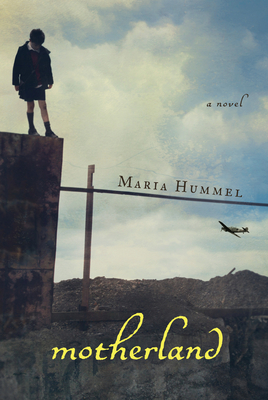 A "haunting . . . searing and honest" (People) family saga inspired by Maria Hummel's own extended family and their status as Mitl ufer, Germans who "went along" with Nazism, reaping its benefits and later paying the consequences.

Inspired by the stories told by her father about his German childhood and letters between her grandparents that were hidden in an attic wall for fifty years, Motherland is a novel that attempts to reckon with the paradox of the author's father--a product of her grandparents' fiercely protective love--and their status as passive Nazi-sympathizers known as Mitl ufer.

At the center of Motherland lies the Kappus family: Frank is a reconstructive surgeon who lost his beloved wife in childbirth. Two months later, just before being drafted into medical military service, Frank marries a young woman charged with looking after the surviving baby and his two grieving sons. Alone in the house, Liesl attempts to keep the children fed with dwindling food supplies, safe from the constant Allied air attacks and the tides of desperate refugees flooding their town. When one child begins to mentally unravel, Liesl must discover the source of the boy's infirmity or lose him forever to Hadamar, the infamous hospital for "unfit" children.

Bearing witness to the shame and courage of Third Reich families during the devastating final days of the war, each family member's fateful choice leads the reader deeper into questions of complicity and innocence, and to the novel's heartbreaking and unforgettable conclusion.

"Hummel's haunting novel is set in the ravaged landscape of German just before the country's collapse at the end of World War . . . Searing and honest, her book illuminates the reality of war away from the front lines--betrayal and compromise, neighbor turning on neighbor, the unexpected heroism of ordinary people--with a compassion and depth of understanding that will touch your heart." --People, four stars

Maria Hummel is a novelist and poet. Her most recent novel, Still Lives, was a Reese Witherspoon x Hello Sunshine Book Club pick, Book of the Month Club pick, and BBC Culture Best Book of 2018, and has been optioned for television and translated into multiple languages. She is also the author of Motherland, a San Francisco Chronicle Book of the Year; and House and Fire, winner of the APR/Honickman Poetry Prize. She has worked and taught at The Museum of Contemporary Art, Los Angeles; Stanford University; and the University of Vermont. She lives in Vermont with her husband and sons.

This is a tender, profound novel of a young woman who steps into a shattered German family and makes it her own. The radiance of her sacrifice, and of Hummel's storytelling, illuminates this dark chapter of human history with heart and revelation.” Adam Johnson, The Orphan Master’s Son, winner of the Pulitzer Prize

In stunning, pitch-perfect prose, Maria Hummel gives us a deeply moving portrait of lives on the wrong side of history. This isn't just another World War II novel; it's a spectacular story about what it means to love and hope in the most difficult times.” Jesmyn Ward, Salvage the Bones, Winner of the National Book Award

Through the intimate story of one German family at the end of the Second World War, Motherland weaves a universal tale of moral obligation, wartime complicity, and the lengths we will go to protect those we love. From the bare bones of her own family's history, Maria Hummel has built a visceral, magnificent creature.” Anthony Marra, A Constellation of Vital Phenomena

Hummel’s haunting novel is set in the ravaged landscape of German just before the country’s collapse at the end of World War IISearing and honest, her book illuminates the reality of war away from the front lines betrayal and compromise, neighbor turning on neighbor, the unexpected heroism of ordinary people with a compassion and depth of understanding that will touch your heart.” People Magazine, Four Stars

Maria Hummel draws upon her family history to create a spellbinding novel that examines the many facets of motherhood, during a time of war and beyond. Motherland is a vivid, heart-stopping depiction of a German family's struggle to stay together during the devastating Allied bombing of their small town. You won’t soon forget these characters or the stories they have to tell." Susan Sherman, The Little Russian

A courageous and unsettling novel arising from the questions that Maria Hummel had about her grandparents’ lives during the Third Reich. How much did they know? How did they survive?” Ursula Hegi, Stones from the River

Fear, grief, and the will to survive fuse in this beautiful novel about the inner life of a German family in the final months of World War II The humiliations and guilt that each family member endures for the others are described with grace and humanity. While stunningly intimate, Motherland is expansive in feeling and scope. Extending beyond a simple historical drama, this book is a reminder of the reach of love, how it can blind, and how it can heal.” Publishers Weekly, Starred Review

In prose that is both spare and heavily laden with the exhausted emotion of hard living, Hummel maintains a claustrophobic undercurrent of fear even when describing mundane daily tasks. Dark and uncompromising, Motherland illuminates a little-examined aspect of the war.” Booklist

These characters appear to have, at best, blinders on and, at worse, to be in denial about the fate of their missing Jewish neighbors and what is actually going on at camps like Buchenwald. However, these all-too-human failings are so honestly rendered that a stark question emerges: Who among us, faced with similar circumstances, would have acted differently? Heart-rending and chilling.” Kirkus, Starred Review

Hummel gathered her raw material from the life of her grandfather, reflected in letters written during the war and discovered in an attic wall. Just as Londoners suffered under the Blitz, German citizens spent the last year of the war living as no human being should, amid the horrors of daily air raids and the loss of those they loved. Hummel somehow manages, without sensationalism, to drive home the humanity and suffering of the people who are frequently considered only as the enemy. Without canceling out our sympathy for those targeted by the Nazis, this humane and compelling story may extend it to those who (often unwittingly) assisted in some of humanity's worst crimesand who themselves got flicked by the tail of the beast.” BookPage

Motherland is a moving tale of hope, compassion, and the lengths we go to for the ones we love. Petition your book club to add it to the roster.” PureWow.com

A gripping debut, shot through with poetry and violence, Wilderness Run traces the demons that divide us, whether as a nation or in our hearts. At turns radiant and shocking, understated and unbearable, Wilderness Run proceeds with the force of a coming locomotive.” Nick Flynn author of Another Bullshit Night in Suck City

A gifted poet has immersed herself in the history of her home territory to write a mesmerizing first novel.” David Huddle, author of The Story of a Million Years

gracefully and evocatively writtenHummel creates solid characters while capturing the day-to-day reality of military life during the Civil War, and her well-paced, elegant prose turns especially poignant at the end Hummel is a solid writer who inserts enough intriguing turns in her narrative to keep things interesting.” Publishers Weekly

This carefully wrought historical novel is rich in period detail that Civil War scholars will certainly appreciate, while its appropriately tragic romance will appeal to those looking for an absorbing read.” Booklist

Hummel's language is lyrical and vivid, and her portrayal of the everyday life of the Lindsey family and of Laurence's regiment is detailed and realistic.” Library Journal