Mescaline: A Global History of the First Psychedelic (MP3 CD) 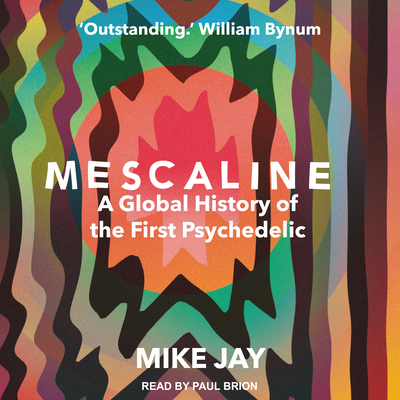 By Mike Jay, Paul Brion (Narrated by)
$29.99
NOT on our shelves now. Usually ships 1-10 business days from warehouse. ETA will be updated with email order confirmation.

A definitive history of mescaline that explores its mind-altering effects across cultures, from ancient America to Western modernity Mescaline became a popular sensation in the mid-twentieth century through Aldous Huxley's The Doors of Perception, after which the word "psychedelic" was coined to describe it. Its story, however, extends deep into prehistory: the earliest Andean cultures depicted mescaline-containing cacti in their temples. Mescaline was isolated in 1897 from the peyote cactus, first encountered by Europeans during the Spanish conquest of Mexico. During the twentieth century it was used by psychologists investigating the secrets of consciousness, spiritual seekers from Aleister Crowley to the president of the Church of Jesus Christ of Latter-day Saints, artists exploring the creative process, and psychiatrists looking to cure schizophrenia. Meanwhile peyote played a vital role in preserving and shaping Native American identity. Drawing on botany, pharmacology, ethnography, and the mind sciences and examining the mescaline experiences of figures from William James to Walter Benjamin to Hunter S. Thompson, this is an enthralling narrative of mescaline's many lives.