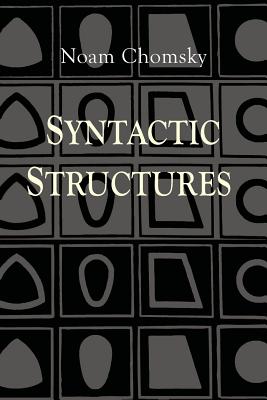 2015 Reprint of 1957 Edition. Full facsimile of the original edition. Not reproduced with Optical Recognition Software. American linguist Paul Postal wrote in 1964 that most of the "syntactic conceptions prevalent in the United States" were "versions of the theory of phrase structure grammars in the sense of Chomsky". British linguist John Lyons wrote in 1966 that "no work has had a greater influence upon the current linguistic theory than Chomsky's Syntactic Structures." Prominent historian of linguistics R. H. Robins wrote in 1967 that the publication of Chomsky's "Syntactic Structures" was "probably the most radical and important change in direction in descriptive linguistics and in linguistic theory that has taken place in recent years". Another historian of linguistics Frederick Newmeyer considers "Syntactic Structures" "revolutionary" for two reasons. Firstly, it showed that a formal yet non-empiricist theory of language was possible and more importantly, it demonstrated this possibility in a practical sense by formally treating a fragment of English grammar. Secondly, it put syntax at the center of the theory of language. Syntax was recognized as the focal point of language production, in which a finite set of rules can produce an infinite number of sentences. As a result, morphology and phonology were relegated in importance. "Syntactic Structures" also initiated an interdisciplinary dialog between philosophers of language and linguists. American philosopher John Searle wrote that "Chomsky's work is one of the most remarkable intellectual achievements of the present era, comparable in scope and coherence to the work of Keynes or Freud. It has done more than simply produce a revolution in linguistics; it has created a new discipline of generative grammar and is having a revolutionary effect on two other subjects, philosophy and psychology". With its formal and logical treatment of language, Syntactic Structures also brought linguistics and the new field of computer science closer together.