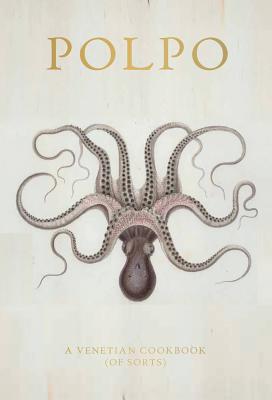 By Russell Norman
$50.00
NOT on our shelves now. Usually ships from warehouse in several days.

A luscious cookbook of little known Venetian specialties from one of London's hottest restaurants, accompanied by luminous photographs.

Tucked away in London's edgy Soho district, Polpo is one of the most irrepressibly buzzing restaurants in town. Critics and food aficionados have been flocking to this understated bacaro where Russell Norman serves up small dishes-think tapas-from the back streets of Venice. A far cry from the tourist-trap eateries of the famous floating city, this kind of cooking is unfussy, innovative, and exuberantly delicious. The 120 recipes in this book range from salads and snacks to small main courses, drinks, and desserts, including asparagus with Parmesan and anchovy butter; warm duck salad with beets and walnuts; crispy baby pizzas with zucchini, mint and chilli; scallops with lemon and peppermint; soft-shell crab in Parmesan batter with fennel; fizzy bellinis and glasses of bright orange spritz; panacotta with poached rhubarb; and warm autumn fruits with amaretto cream.

The recipes are accompanied by luminescent photography within a dazzling design, including a distinctive stripped-away spine to reveal colorful Japanese stitching--a feature that also allows the book to lie open flat on a chef's workstation. Polpo captures the unfrequented corners, bustling bacari, and sublime waterways of Venice as they've never been seen before.

Russell Norman spent four years running some of London's most venerated restaurants in the Caprice Holdings group, before turning his back on the high life, getting a tattoo of an octopus on his back and setting up his own place in scruffy Soho. Fusing the energy of New York with the cuisine of Venice, it was an instant hit. POLPO has been followed in quick succession by Polpetto, da Polpo, Spuntino and Mishkin's among others. Russell Norman lives in London.

With 140 recipes of Venetian dishes from London's most buzzing restaurant, published by Bloomsbury in May 2012, POLPO is a dazzling tribute to Italy's greatest hidden cuisine.

"This one's a winner for sure." - Evening Standard

"The hottest table in town." - Metro