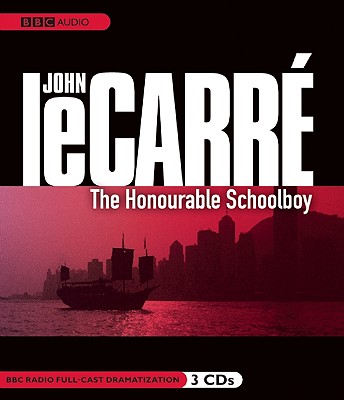 George Smiley is one of the most brilliantly realized characters in British fiction. Bespectacled, tubby, eternally middle-aged and deceptively ordinary, he has a mind like a steel trap and is said to possess "the cunning of Satan and the conscience of a virgin." Smiley, now head of the Circus, must rebuild trust in the shattered organization. He is also determined to destroy his nemesis, Karla, and his spy networks. He recruits Jerry Westerby, occasional spy, occasional news reporter, full-time romantic – the Honourable Schoolboy of the title – and despatches him to the Far East, where, amidst the corruption and decay of former colonies, a new battle is about to begin...

John le Carre was born in 1931. After attending the universities of Berne and Oxford, he taught at Eton and spent five years in the British Foreign Service. "The Spy Who Came In from the Cold, " his third book, secured him a worldwide reputation. His novel "The Constant Gardener" was made into a successful film. He divides his time between England and the Continent.