My Lunch With A Hollywood Agent (Paperback) 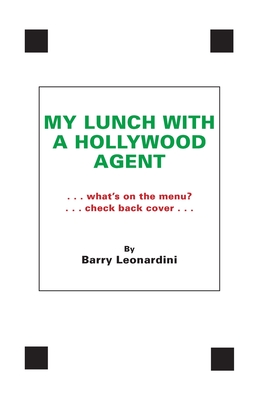 What did John Lennon of the Beatles and President Barack Obama and Charles Manson who killed nine people in nineteen sixty-nine and had time to write a song while serving a life sentence have in common? They all did business with politically connected and gay Hollywood mogul Dave Geffen and/or his Geffen Records Company.

How does The Civil Rights Act Of 1964 and Title VII of that Act open the door for a new race creation via unimaginably lucrative patented human genome editing? And how did the recent Supreme Court ruling on "sexual orientation" constructively make a new race official already? What part did gay Hollywood moguls and managers and agents play in making sex debatable and profitable? And what will happen to the rest of our society which is based on man and woman as foundations?

There is an overlooked fact about human attempts to rearrange the original genome to suit real time greed and power lust - there will be a bill. In the end the human will have to recreate what it thought it could do without.

The book also romps through many, many topics in a conversational manner including a key antitrust ruling in nineteen forty-eight against Paramount Pictures and the studio system that dramatically changed our culture to this day. Also there is a sixty year personal retrospective starting in the Summer Of Love San Francisco scene. Topics range from prehistoric Bay Area to music and comedy acts at the Hungry I and the Purple Onion to civil rights riots in the 1960's to more anarchy riots today during a bad flu season and Covid-19. Not too much of any one dish. It's an a la carte lunch.

San Francisco's evolution is a metaphor for the unique experience of the Galapagos Islands. Both were removed from the norms of mainstream evolution and thus fostered a range of oddities. The Islands produced singular flora and fauna because of tectonic movements. San Francisco went curious because of talented entertainers cross breeding with bad tripping hippies who were protesting the Viet Nam War.