Bushido: The Soul of Japan (The Way of the Warrior Series) (Hardcover) 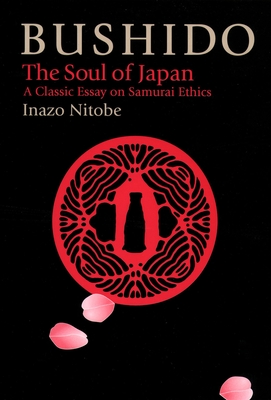 A century ago, when Japan was transforming itself from an isolated feudal society into a modern nation, a Japanese educator queried about the ethos of his people composed this seminal work, which with his numerous other writings in English made him the best, known Japanese writer in the West during his lifetime.


He found in Bushido, the Way of the Warrior, the sources of the virtues most admired by his people: rectitude, courage, benevolence, politeness, sincerity, honor, loyalty and self-control. His approach to his task was eclectic and far-reaching. On the one hand, he delved into the indigenous traditions, into Buddhism, Shintoism, Confucianism and the moral guidelines handed down over hundreds of years by Japan's samurai and sages. On the other hand, he sought similarities and contrasts by citing not only Western philosophers and statesmen, but also the shapers of European and American thought and civilization going back to the Romans, the Greeks and Biblical times.


This book is a classic to which generations of scholars and laymen alike have long referred for insights into the character of the Japanese people. And all of its many readers in the past have been amply rewarded, as will be all those who turn to its pages in the next and future decades.

INAZO NITOBE was born in 1862 and began the study of English at the age of nine. He entered the Sapporo Agricultural College in 1877, and in 1883 Tokyo Imperial University. In the United States, he studied politics and international relations at Johns Hopkins University from 1884 to 1887. In Germany from 1887 to 1890, he studied at several universities, receiving a doctorate (the first of five) in agricultural economics.


As a public servant, he was a colonial administrator in Taiwan from 1901 to 1903. In 1918 he attended the Versailles Peace Conference, then became the under-secretary of the League of Nations. He was a member of the House of Peers from 1926 to 1933, and from 1929 to 1933 chairman of the Institute of Pacific Relations.


While still at Tokyo Imperial University, Nitobe expressed a desire to become a bridge between East and West. He was on just such a mission, leading a Japanese delegation to an international conference in Canada, when he died in Victoria, British Columbia, in 1933.

"Very strongly recommended reading for students of Japanese cultural history and the martial arts, Bushido: The Soul of Japan is a powerful presentation and a moving book with ideas as relevant today as they were 100 years ago." —Midwest Book Review