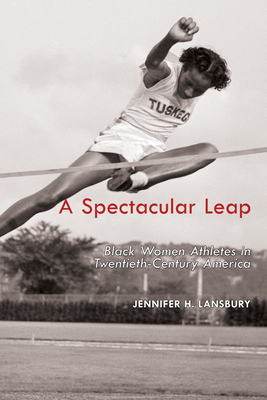 When high jumper Alice Coachman won the high jump title at the 1941 national championships with "a spectacular leap," African American women had been participating in competitive sport for close to twenty-five years. Yet it would be another twenty years before they would experience something akin to the national fame and recognition that African American men had known since the 1930s, the days of Joe Louis and Jesse Owens. From the 1920s, when black women athletes were confined to competing within the black community, through the heady days of the late twentieth century when they ruled the world of women's track and field, African American women found sport opened the door to a better life. However, they also discovered that success meant challenging perceptions that many Americans--both black and white--held of them. Through the stories of six athletes--Coachman, Ora Washington, Althea Gibson, Wilma Rudloph, Wyomia Tyus, and Jackie Joyner-Kersee--Jennifer H. Lansbury deftly follows the emergence of black women athletes from the African American community; their confrontations with contemporary attitudes of race, class, and gender; and their encounters with the civil rights movement. Uncovering the various strategies the athletes use to beat back stereotypes, Lansbury explores the fullness of African American women's relationship with sport in the twentieth century.

“An important addition to the historiography of women and sport.”
—The Journal of American History

“An insightful, well-researched, and thought-provoking analysis of African American female athletes in the last century.”