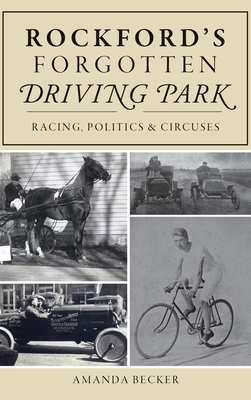 Local thrill-seekers at the turn of the century knew that all the action was at the Driving Park. But few today know the drama buried beneath a West End subdivision. At the height of the horse racing craze after the Civil War, prominent Rockford businessmen raised $25,000 to build a harness racetrack there in 1890 (the name refers to the person in the cart pulled by a horse--the driver). The versatile venue evolved to stay relevant, weathering the 1893 financial panic and welcoming bicycle mania. Events ranged from high school track meets to early auto racing. Folks saw a soccer game one week and a circus the next. Controversy erupted at times, from gambling and drinking to a murder and a KKK rally. Amanda Becker reveals this colorful story nearly forgotten since 1938.