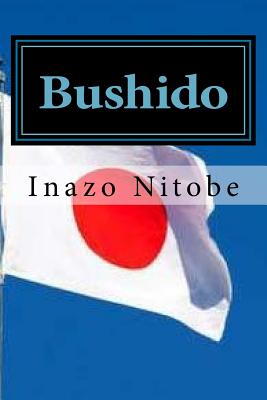 Bushido: The Soul of Japan is a book written by Inazo Nitobe exploring the way of the samurai. Bushido: The Soul of Japan is, along with the classic text Hagakure by Tsunetomo Yamamoto (1659-1719), a study of the way of the samurai. A best-seller in its day, it was read by many influential foreigners, among them President Theodore Roosevelt, President John F. Kennedy and Robert Baden-Powell, the founder of the Boy Scouts. Nitobe originally wrote Bushido: The Soul of Japan in English (1899), in Malvern, Pennsylvania. The book was not translated into Japanese until it had been popular in the English-speaking world for several years. As Japan underwent deep transformations of its traditional lifestyle while becoming a modern nation, Nitobe engaged in an inquiry into the ethos of his nation, and the result of his meditations was this seminal work. A fine stylist in English, he wrote many books in that language, which earned him a place among the best known Japanese writers of his age. He found in Bushido, the Way of the Warrior, the sources of the eight virtues most admired by his people: rectitude, courage, benevolence, politeness, sincerity, honor, loyalty and self-control.