Up From The Streets: The Many Lives of Hank Garrett (Hardcover) 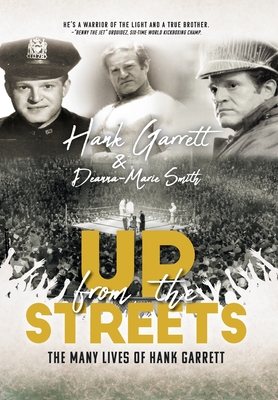 Hank Garrett was raised in a multi-cultural neighborhood. In the 1950s, poverty was a way of life. Survival was the goal and violence was the means. By age 12, Hank was carrying a .25 caliber handgun. He would either end up dead or in prison.

But a serendipitous meeting with Sammy Davis Jr. changed the trajectory of Hank's life, and Hank stepped into the worlds of comedy, acting, martial arts, and wrestling. Lying about his age, at 17, Hank balanced a career as a pro wrestler with doing comedy acts at various clubs, all while still attending high school. By age 19 he had landed a role in a successful television series.

With success also came challenges, however. Hank experienced love, loss, injury, and discrimination. Opportunities were lost or stolen from him. But Hank persevered. The fight inside the man, which could have proved disastrous, became his greatest asset. Up from the Streets is a true story of survival, redemption, and hope....