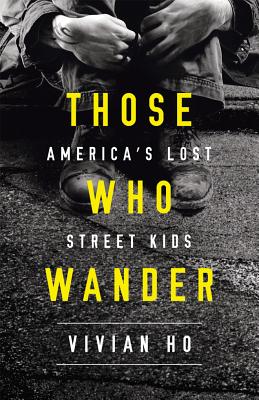 In 2015, the senseless Bay Area murders of twenty-three-year-old Audrey Carey and sixty-seven-year-old Steve Carter were personal tragedies for the victims' families. But they also shed light on a more complex issue. The killers were three drifters scrounging for a living among a burgeoning counterculture population. Soon this community of runaways and transients became vulnerable scapegoats of a modern witch hunt. The supposedly progressive residents of San Francisco's Haight-Ashbury, only two generations removed from the Summer of Love, now feared all of society's outcasts as threats.

In Those Who Wander, Vivian Ho delves deep into a rising subculture that's changing the very fabric of her city and all of urban America. Moving beyond the disheartening statistics, she gives voices to these young people--victims of abuse, failed foster care, mental illness, and drug addiction. She also doesn't ignore the threat they pose to themselves and to others as a dangerous dark side emerges. With alarming urgency, she asks what can be done to save the next generation of America's vagabond youth.