The Girl Who Loved Tom Gordon: A Novel (Paperback) 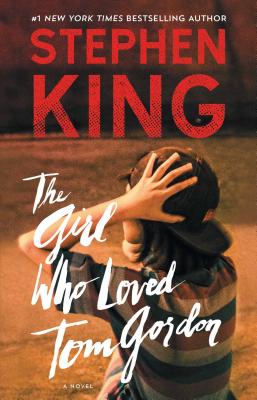 The acclaimed #1 New York Times bestseller from Stephen King—a frightening suspense novel about a young girl who becomes lost in the woods as night falls.

During a six-mile hike on the Maine-New Hampshire branch of the Appalachian Trail, nine-year-old Trisha McFarland quickly tires of the constant bickering between her older brother and her recently divorced mother. But when Trisha briefly wanders off by herself, she becomes lost in a wilderness maze full of peril and terror. As night falls, Trisha has only her ingenuity as a defense against the elements, and only her courage and faith to withstand her mounting fears. For solace, she tunes her headphones to broadcasts of Boston Red Sox baseball games and follows the gritty performances of her hero, relief pitcher Tom Gordon. And when the reception begins to fade, Trisha imagines that Tom Gordon is right there with her—the protector from an enemy who may or may not be imagined…one who is watching her, waiting for her in the dense, dark woods…