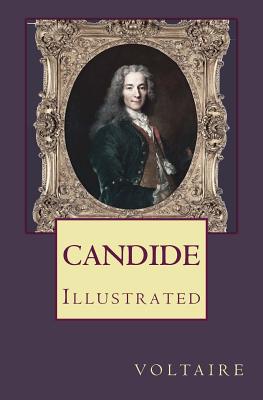 By Tobias Smollett (Translator), Murat Ukray (Illustrator), Voltaire
$13.79
NOT on our shelves now. Usually ships from warehouse in several days.
(This book cannot be returned nor exchanged.)

Candide is characterised by its sarcastic tone, as well as by its erratic, fantastical and fast-moving plot. A picaresque novel with a story similar to that of a more serious bildungsroman, it parodies many adventure and romance clich's, the struggles of which are caricatured in a tone that is mordantly matter-of-fact. Still, the events discussed are often based on historical happenings, such as the Seven Years' War and the 1755 Lisbon earthquake. As philosophers of Voltaire's day contended with the problem of evil, so too does Candide in this short novel, albeit more directly and humorously. Voltaire ridicules religion, theologians, governments, armies, philosophies, and philosophers through allegory; most conspicuously, he assaults Leibniz and his optimism. Voltaire's men and women point his case against optimism by starting high and falling low. A modern could not go about it after this fashion. He would not plunge his people into an unfamiliar misery. He would just keep them in the misery they were born to. But such an account of Voltaire's procedure is as misleading as the plaster cast of a dance. Look at his procedure again. Mademoiselle Cun gonde, the illustrious Westphalian, sprung from a family that could prove seventy-one quarterings, descends and descends until we find her earning her keep by washing dishes in the Propontis. The aged faithful attendant, victim of a hundred acts of rape by negro pirates, remembers that she is the daughter of a pope, and that in honor of her approaching marriage with a Prince of Massa-Carrara all Italy wrote sonnets of which not one was passable. We do not need to know French literature before Voltaire in order to feel, although the lurking parody may escape us, that he is poking fun at us and at himself. His laughter at his own methods grows more unmistakable at the last, when he caricatures them by casually assembling six fallen monarchs in an inn at Venice. A modern assailant of optimism would arm himself with social pity. There is no social pity in "Candide." Voltaire, whose light touch on familiar institutions opens them and reveals their absurdity, likes to remind us that the slaughter and pillage and murder which Candide witnessed among the Bulgarians was perfectly regular, having been conducted according to the laws and usages of war. Had Voltaire lived to-day he would have done to poverty what he did to war. Pitying the poor, he would have shown us poverty as a ridiculous anachronism, and both the ridicule and the pity would have expressed his indignation.