The Rise and Fall of Socialist Yugoslavia: Elite Nationalism and the Collapse of a Federation (Paperback) 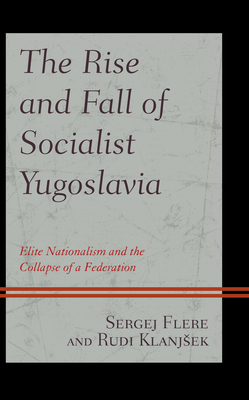 This book examines the relationship between nationalism and the rise and fall of Yugoslavia under the rule of Josip Broz Tito. It deals particularly with the interactions between communist and intellectual elites. The authors analyze elites' initial enthusiasm about the Yugoslav federation and how, with time, they found themselves unable to suppress the nationalists in Yugoslavia. Other scholars have argued that, in a certain sense, Tito's Yugoslavia proved to be a "hatchery" for the nations that once constituted Yugoslavia, making them ever closer to "completeness." However, as the authors highlight in this study, this process was one of conflict. The personal role of Tito as an arbiter was essential, although, for the majority of his time in power, he did not act as a dictator. His departure was strongly felt in the 1980s, when ethnic entrepreneurial activity began to flourish-and when ethnic and political relations had gone out of control. While a significant part of this book follows the chronology of ethnic elite interaction in communist Yugoslavia, the global context of Yugoslavia's rise and fall is taken into account. The authors also use Yugoslavia as a case study to test the validity of nationalism studies more generally.

Sergej Flere is emeritus member of the Slovene Sociological Society. Rudi Klanjsek is associate professor of sociology and researcher at the Center for the Study of Post-Socialist Societies at the University of Maribor.