The New Order of Barbarians: The New World System (Paperback) 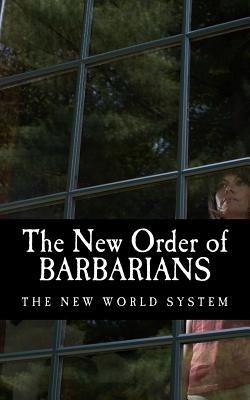 THE MOST FRIGHTENING TRUE STORY EVERY TOLD On March 20, 1969, Dr. Lawrence Dunegan listened as a member of "The Order" delivered a hair-raising speech to a room full of doctors. He and the others were told not to record what they were hearing but, instead to take notes. The speaker insisted that he was doing the doctors a favor by explaining how the world was going to change. He said he believed if they knew, they would be better prepared to accept the coming changes. Anyone can read this book and know these changes are well underway. What we didn't know was where these changes have been taking us. Until now Lock the doors, pull the curtains and prepare to see what you may never have realized. Once you understand the plan, you cannot help but to see it advancing all around you. The biggest question of all is not should we but, how can we... stop what is happening? Inside these pages is the transcript of three taped interviews on the "New Order of Barbarians," referred to on the tapes simply as the "new world system." Tapes one and two are the reminiscences by Dr. Lawrence Dunegan of a speech given in 1969 by an insider of "The Order," Dr. Richard Day, whose credentials are listed as Chairman of the Department of Pediatrics for the University of Pittsburgh; Medical Director of Planned Parenthood Federation of America and member of The Order.