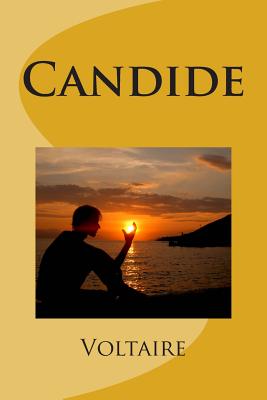 By Voltaire
$11.49
NOT on our shelves now. Usually ships from warehouse in several days.
(This book cannot be returned nor exchanged.)

Ever since 1759, when Voltaire wrote "Candide" in ridicule of the notion that this is the best of all possible worlds, this world has been a gayer place for readers. Voltaire wrote it in three days, and five or six generations have found that its laughter does not grow old. "Candide" has not aged. Yet how different the book would have looked if Voltaire had written it a hundred and fifty years later than 1759. It would have been, among other things, a book of sights and sounds. A modern writer would have tried to catch and fix in words some of those Atlantic changes which broke the Atlantic monotony of that voyage from Cadiz to Buenos Ayres. When Martin and Candide were sailing the length of the Mediterranean we should have had a contrast between naked scarped Balearic cliffs and headlands of Calabria in their mists. We should have had quarter distances, far horizons, the altering silhouettes of an Ionian island. Colored birds would have filled Paraguay with their silver or acid cries. Dr. Pangloss, to prove the existence of design in the universe, says that noses were made to carry spectacles, and so we have spectacles. A modern satirist would not try to paint with Voltaire's quick brush the doctrine that he wanted to expose. And he would choose a more complicated doctrine than Dr. Pangloss's optimism, would study it more closely, feel his destructive way about it with a more learned and caressing malice. His attack, stealthier, more flexible and more patient than Voltaire's, would call upon us, especially when his learning got a little out of control, to be more than patient. Now and then he would bore us. "Candide" never bored anybody except William Wordsworth. Voltaire's men and women point his case against optimism by starting high and falling low. A modern could not go about it after this fashion. He would not plunge his people into an unfamiliar misery. He would just keep them in the misery they were born to.