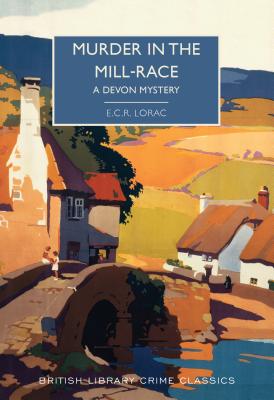 Discover the captivating treasures buried in the British Library's archives. Largely inaccessible to the public until now, these enduring crime classics were written in the golden age of detective fiction.

"Never make trouble in the village" is an unspoken law, but it's a binding law. You may know about your neighbor's sins and shortcomings, but you must never name them aloud. It'd make trouble, and small societies want to avoid trouble.

When Dr Raymond Ferens moves to a practice at Milham in the Moor in North Devon, he and his wife are enchanted with the beautiful hilltop village lying so close to moor and sky. At first, they see only its charm, but soon they begin to uncover its secrets--envy, hatred, and malice.

Everyone says that Sister Monica, warden of a children's home, is a saint--but is she? A few months after the Ferens' arrival her body is found drowned in the mill-race. Chief Inspector Macdonald faces one of his most difficult cases in a village determined not to betray its dark secrets to a stranger.

Also in the British Library Crime Classics:
Smallbone Deceased
The Body in the Dumb River
Blood on the Tracks
Surfeit of Suspects
Death Has Deep Roots
Checkmate to Murder