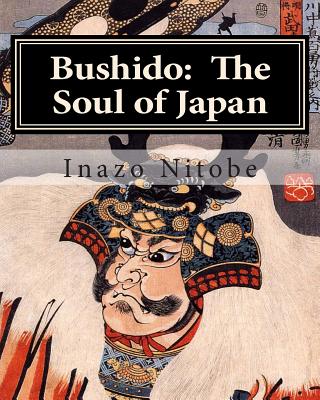 Bushido, meaning "Way of the Warrior", is a Japanese code of conduct and a way of the samurai life, loosely analogous to the concept of chivalry. It originates from the samurai moral code and stresses frugality, loyalty, martial arts mastery, and honor unto death. Born of two main influences, the violent existence of the samurai was tempered by the wisdom and serenity of Japanese Shinto and Buddhism. Bushido developed between the 9th and 12th centuries and numerous translated documents dating from the 12th to 16th centuries demonstrate its wide influence across the whole of Japan, although some scholars have noted "the term bushido itself is rarely attested in pre-modern literature." According to the Japanese dictionary Shogakukan Kokugo Daijiten, "Bushido is defined as a unique philosophy (ronri) that spread through the warrior class from the Muromachi (chusei) period." In Bushido: The Soul of Japan (1899), author Nitobe Inazo wrote: "...Bushido, then, is the code of moral principles which the samurai were required or instructed to observe... More frequently it is a code unuttered and unwritten... It was an organic growth of decades and centuries of military career." Nitobe was not the first person to document Japanese chivalry in this way. In his text Feudal and Modern Japan, (1896) Historian Arthur May Knapp wrote: "The samurai of thirty years ago had behind him a thousand years of training in the law of honor, obedience, duty, and self-sacrifice..... It was not needed to create or establish them. As a child he had but to be instructed, as indeed he was from his earliest years, in the etiquette of self-immolation. The fine instinct of honor demanding it was in the very blood...