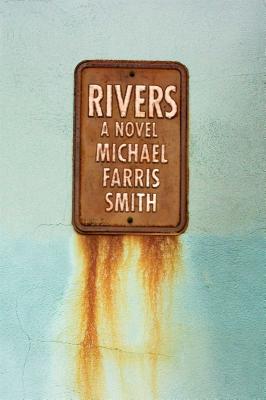 “In a post Katrina world still ravaged by storms, one man tries to maintain an illusion of normal life and finally is forced to seek escape and a new beginning. The physical and spiritual odyssey of Cohen is conducted in a world gone mad but his quest is an assertion of the decency capable of humanity. The language is rich and lyrical, the story taut and tense, the characters unforgettable. The world of literary fiction has a new entrant in its ranks.”
— Bill Cusumano, Nicola's Books, Ann Arbor, MI

In the tradition of Cormac McCarthy, Larry Brown, and James Lee Burke, Rivers is an enthralling, darkly beautiful novel set in Mississippi against the backdrop of a series of devastating storms that pummeled the American South in the years since Hurricane Katrina.

It had been raining for weeks. Maybe months. He had forgotten the last day that it hadn’t rained, when the storms gave way to the pale blue of the Gulf sky, when the birds flew and the clouds were white and sunshine glistened across the drenched land.

Following years of catastrophic hurricanes, the Gulf Coast—stretching from the Florida panhandle to the western Louisiana border—has been brought to its knees. The region is so punished and depleted that the government has drawn a new boundary ninety miles north of the coastline. Life below the Line offers no services, no electricity, and no resources, and those who stay behind live by their own rules.

Cohen is one who stayed. Unable to overcome the crushing loss of his wife and unborn child who were killed during an evacuation, he returned home to Mississippi to bury them on family land. Until now he hasn’t had the strength to leave them behind, even to save himself.

But after his home is ransacked and all of his carefully accumulated supplies stolen, Cohen is finally forced from his shelter. On the road north, he encounters a colony of survivors led by a fanatical, snake-handling preacher named Aggie who has dangerous visions of repopulating the barren region.

Realizing what’s in store for the women Aggie is holding against their will, Cohen is faced with a decision: continue to the Line alone, or try to shepherd the madman’s captives across the unforgiving land with the biggest hurricane yet bearing down—and Cohen harboring a secret that may pose the greatest threat of all.

Eerily prophetic in its depiction of a southern landscape ravaged by extreme weather, Rivers is a masterful tale of survival and redemption in a world where the next devastating storm is never far behind.

Michael Farris Smith has been awarded the Transatlantic Review Award, Brick Streets Press Short Story Award, Mississippi Arts Commission Literary Arts Fellowship, and the Alabama Arts Council Fellowship Award for Literature. He is a graduate of Mississippi State and the Center for Writers at Southern Miss. He lives in Columbus, Mississippi, with his wife and two daughters. Rivers is his first novel.

“Every once in a while an author comes along who’s in love with art and the written language and image and literary experiment and the complexity of his characters and the great mysteries that lie just on the other side of the physical world, writers like William Faulkner and Cormac McCarthy and Annie Proulx. You can add Michael Farris Smith’s name to the list.”
— James Lee Burke, New York Times bestselling author of Creole Belle and The Tin Roof Blowdown

“The lightning whips and the thunder bellows and the rain attacks in the water-stained pages of Michael Farris Smith’s Rivers, a hurricane-force debut novel that will soak you with its beautiful sadness and blow you away with its prescience about the weather-wild world that awaits us.”
— Benjamin Percy, author of Red Moon, The Wilding, and Refresh, Refresh

“Smith’s incantatory prose . . . propel[s] this apocalyptic narrative at a compelling clip until the very last page.”

“[Rivers] is a wonderfully cinematic story—but there are no Hollywood clichés in Smith’s prose or plot. He portrays each character as a human being with a back story and personality: They may make choices that appall or frustrate us, but the characters are rounded and real . . . Smith resorts to no formula, and his ability to keep you guessing about what will happen next adds tension to long stretches of honed prose. He also manages to make 300 pages of relentless rain so real that you’re surprised your fingers aren’t pruney when you look up from this engrossing story.”

“Michael Farris Smith’s powerful Rivers is the kind of book that lifts you up with its mesmerizing language then pulls you under like a riptide. . . . It’s not surprising that early reviews have name-dropped Cormac McCarthy’s The Road . . . In the wake of hurricanes Katrina and Sandy [and] with meteorologists issuing doomsday scenarios about the fate of coastal cities, Rivers succeeds as both a stunning work of speculative fiction and a grim forecast of a coming national catastrophe.”

“The momentum of this book is propulsive. . . . Most impressive of all is the fact that Farris Smith managed to capture my attention with an opening line—and, for that matter, an opening passage, and an opening chapter—about the weather.”

“Anyone who was on the Gulf Coast after Hurricane Katrina will recognize the world portrayed in Rivers . . . The novel builds from this tense, atmospheric beginning to a harrowing conclusion, the kind of book that will soak into you like a relentless downpour. Smith’s storm-swept prose and desolate setting will remind readers of Cormac McCarthy’s The Road, but there is something in Cohen that reminds us of a Larry Brown protagonist, burned out yet determined, and something especially in his passage through the fugitive land that recalls TV’s ‘The Walking Dead’. Events like Katrina and 9/11 stoked the country’s imagination for survivalist stories like Rivers, so it seems fitting that this promising Mississippi writer has come back to the source and paid homage, in his Southern Gothic way, to the region’s bull-headed will to keep going.”

"While there are obvious similarities to Cormac McCarthy, Smith most puts me in mind of his fellow Mississippian Larry Brown. They share the same smooth-worn grace running toward minimalism and offhand masculine power."

“Rivers is a tale of survival and redemption in the ravaged southern land. It's a memorable story of grief and love, and new beginnings. It's also a frightening look at what climate change could do to the environment.”

“[A] powerfully written apocalyptic tale. . . . While Rivers is already inviting inevitable comparisons to Cormac McCarthy’s The Road (2006), Smith’s canvas is broader and the story even more riveting.”

“Smith’s vision of a post-apocalyptic society left behind by civilization is expertly executed. This world is chilling—all the more so for its believability—and it is peopled by compelling, fully realized characters, some of whom only exist in the form of ghosts. In contrast to this bleak world, Smith’s prose is lush, descriptive and even beautiful. A compelling plot, fuelled by a mounting sense of tension and hope in the face of increasing hopelessness, will keep readers engrossed to the very end.”

“Smith’s passion for the South is palpable, and the native Mississippian writes as if in a part homage, part plea to save the splendor of his home state. With stunning prose and nearly perfect pacing, Rivers is an uncommonly good debut, forcing the reader to consider not only the consequences of climate change but also ponder the limits of the human spirit.”

"Rivers is a novel that forces the reader to face terrifying possibilities and haunts long after the last page. Smith captures the essence of humanity in an almost post-apocalyptic world and his writing earns him a well-deserved place next to greats like William Faulkner or Cormac McCarthy."

“What if the devastation of Hurricane Katrina were not a one-time anomaly of ferocious weather, a crumbling infrastructure and an ineffective, incompetent national recovery response, but the first of endless waves of destructive coastal weather? What if the impact of climate change were not centuries away, but right now? . . . The satisfaction of Rivers comes from Smith's finesse in creating a realistic thriller within the fiction genre of cataclysm. His scenes are as real as 24-hour Weather Channel videos.”

“A post-apocalyptic world a la The Road by Cormac McCarthy (indeed, Smith's prose style has some of the same hard-muscled, grim texture of McCarthy's words).”—

“A story so powerful, I thought it was going to ignite every time I picked the damn thing up. Rivers will be compared to some of the greatest stories ever written by writers of generations past and present, but what can’t be compared is the power and skill that lie within its pages. The words will shear your eyes and brand your mind, and you’ll be scarred by what you’ve read for days, weeks, even months after. This is an important book. Pick it up—I bet you won’t be able to put it down.”
— Frank Bill, author of Donnybrook and Crimes in Southern Indiana

“Take an environmental apocalypse, blow in the cadences of Ernest Hemingway and the vision of Cormac McCarthy, sweeten it with humanity, add a Southern twang, and you might get something close to Rivers. Michael Farris Smith’s debut novel is not only a great read; it’s a significant one.”
— Anne Korkeakivi, author of An Unexpected Guest

“This novel’s greatest strength is in Smith’s deep understanding of the traditions from which his inspiration springs and his ability to transform familiar tropes into something new. Like most good literature, Rivers uses these traditions and conventions in new ways that carve out new spaces and new possibilities.”

“Fiction writers often tangle with how to write about the issues shaping the world we live in—war, poverty, oppression—while still preserving the creative energy that should propel a good story forward. How do we manage to write the world we live in while writing the worlds of our imaginations? In his debut novel, Rivers, Michael Farris Smith answers that question with confidence, writing about the effects of global warming while also offering a story that is unmistakably his own. . . . Rivers is a captivating novel, and its ravaged landscape is particularly believable. Farris Smith is meticulous in detailing the reshaped Gulf Coast region, the abandoned husks of buildings, and what happens to both man and nature when a world becomes untamed. . . . Richly written and engaging.”

“Skillfully depicted . . . . Rivers is a chillingly realistic read and a surreal glimpse of one possible future.”

“When reading Michael Farris Smith’s debut novel, Rivers, it’s natural to see the influence that his literary predecessors, masters of prose and tone, have had on Smith’s work. No influence is more apparent than that of Cormac McCarthy. In Smith’s chilling novel . . . the author is sparse with language, poignant with details and the narrative teeters between physical and abstract worlds. . . . Smith may be following the road set by McCarthy, but Rivers differentiates itself by offering a hopeful and nostalgic tenderness in a story of endurance that is startlingly relevant to our time.”

“This gripping debut novel was criminally overlooked this year. Kind of a waterlogged Cormac McCarthy, it's beautifully written and very exciting.”