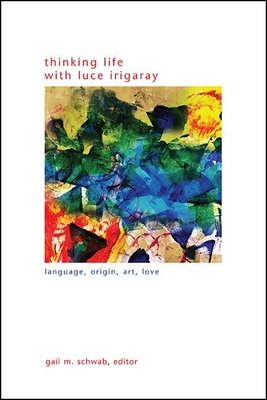 Featuring a highly accessible essay from Irigaray herself, this volume explores her philosophy of life and living. Life-thinking, an important contemporary trend in philosophy and in women's and gender studies, stands in contrast to philosophy's traditional grounding in death, exemplified in the work of philosophers such as Socrates, Plato, and Schopenhauer. The contributors to Thinking Life with Luce Irigaray consider Irigaray's criticisms of the traditional Western philosophy of death, including its either-or dualisms and binary logic, as well as some of Irigaray's solutions for cultivating life. The book is comprehensive in its analyses of Irigaray's relationship to classical and contemporary philosophers, writers, and artists, and produces extremely fruitful intersections between Irigaray and figures as diverse as Homer and Plato; Alexis Wright, the First-Nations novelist of Australia; and twentieth-century French philosophers like Sartre, Badiou, Deleuze, and Guattari. It also develops Irigaray's relationship to the arts, with essays on theater, poetry, architecture, sculpture, and film.

Gail M. Schwab is Special Assistant to the Provost and Professor Emerita of French at Hofstra University. The author of many articles on Luce Irigaray's philosophy, she is also the translator of several works by Irigaray, including To Speak Is Never Neutral.