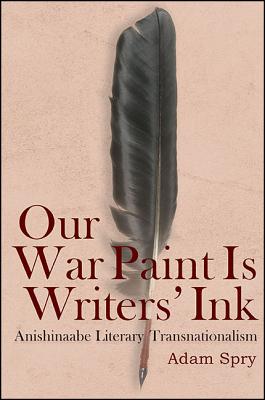 For the Anishinaabeg-the indigenous peoples of the Great Lakes-literary writing has long been an important means of asserting their continued existence as a nation, with its own culture, history, and sovereignty. At the same time, literature has also offered American writers a way to make the Anishinaabe Nation disappear, often by relegating it to a distant past. In this book, Adam Spry puts these two traditions in conversation with one another, showing how novels, poetry, and drama have been the ground upon which Anishinaabeg and Americans have clashed as representatives of two nations contentiously occupying the same land. Focusing on moments of contact, appropriation, and exchange, Spry examines a diverse range of texts in order to reveal a complex historical network of Native and non-Native writers who read and adapted each other's work across the boundaries of nation, culture, and time. By reconceiving the relationship between the United States and the Anishinaabeg as one of transnational exchange, Our War Paint Is Writers' Ink offers a new methodology for the study of Native American literatures, capable of addressing a long history of mutual cultural influence while simultaneously arguing for the legitimacy, and continued necessity, of indigenous nationhood. In addition, the author reexamines several critical assumptions-about authenticity, identity, and nationhood itself-that have become common wisdom in both Native American and US literary studies.

Adam Spry is Assistant Professor of Writing, Literature, and Publishing at Emerson College.