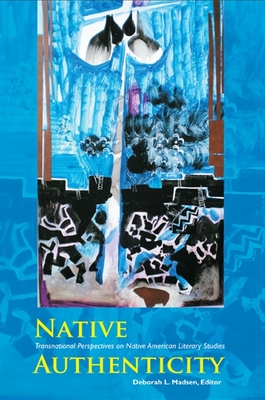 An indispensable resource for readers, students, and scholars of Native literatures in North America, Native Authenticity offers a clear, comprehensive, and systematic look at the diversity of critical approaches to the idea of "Indian-ness." Some of the foremost transatlantic scholars of Native Studies in North America and Europe share their insights on this highly-charged aspect of the contemporary theoretical field of Native Studies. The issue of "authenticity" or "Indian-ness" generates a controversial debate in studies of indigenous American literatures. The articulation of Native identity through the prism of Euro-American attempts to confine "Indian" groups to essentialized spaces is resisted by some Native writers, while others recognize a need for essentialist categories as a key strategy in the struggle for social justice and a perpetually renewed sense of Native sovereignty. Pressure from neo-colonial essentializing practices is in conflict with a politics of cultural sovereignty, which demands a notion of "Indian" essence or "authenticity" as a foundation for community values, heritage, and social justice. Contributors participate in a scholarly and pedagogical search for an intellectual paradigm for Native literary studies that is apart from, yet cognizant with, powerful colonial legacies. The complex politics of Polynesian authenticity versus Native indigeneity is engaged by Native Hawaiian writers as they negotiate conflicting demands upon personal and tribal identities. Related to this questioning is the authenticity debate in Canadian First Nations writing, where the claim to authenticity rests upon a claim to historical precedence; also related is the highly contentious claim by some Chicano/a writers to an indigenous heritage as a claim to authority and "American" authenticity. Essays in this volume are focused upon the diverse and sophisticated responses of Native writers and scholars, while offering comparative perspectives on Native Hawaiian, Chicano, and Canadian literatures.

Deborah L. Madsen is Professor of American Literature and Culture at the University of Geneva, Switzerland. Her many books include Understanding Gerald Vizenor; American Exceptionalism; and Allegory in America.