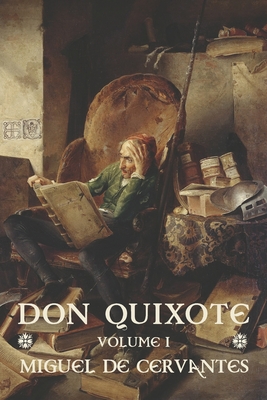 By Miguel De Cervantes, John Ormsby (Translator)
$20.18
NOT on our shelves now. Usually ships from warehouse in several days.

One of the funniest yet also the most tragic of books, Don Quixote chronicles the marvelous adventures of the self-appointed knight-errant Don Quixote of La Mancha. With his faithful squire, Sancho Panza, he travels through sixteenth-century Spain tilting at windmills, fighting with friars, and twisting the countryside into a fantasy of castles, fortresses, and sorcerers. At the same time, the relationship between the two men grows in fascinating subtlety.

Don Quixote is the most influential work of literature from the Spanish Golden Age and the entire Spanish literary canon. Often labeled "the first modern novel," it is also considered one of the finest ever written. By the 20th century, Don Quixote had come to be regarded as one of the foundations of modern literature.